The assignment: pretend like it’s a different time period and you are the forecaster for upcoming trends. What would you have predicted future trends to look like and why?

My decade: the 1990’s.. We’ll never get it all in, but I think we will just try to hit the high notes (Mariah Carey style of course) and have some fun reminiscing!

Brandy and Monica just started arguing over who the boy belongs too, you went to see Titanic with your date last weekend, and you’re still secretly panicked about the armageddon coming with Y2K! Your toe ring might have gotten a little tight during travel, but hold on to your overalls, your Royal Freshness, because we have got some trends to predict!

Let’s find some “looks” in women’s fashion that are all that and a bag of chips and  see if we can forecast what’s going down in the new millennium!

Right out of early 1990’s so-cal, one can’t help but scratch their head at the boxy, loose-fitting duds of the sitcom superstars we grew to know and love. In the early nineties, pants were still hitting at the natural waistline, and even had pleats! (oy vey) Bulky structures, lots of denim, and hoodless sweatshirts were holding on to their hairsprayed 1980’s roots. 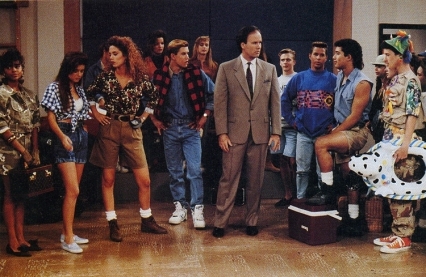 Angsty teens and sexuality became culture trends and started really catching momentum in the mid-nineties. Television became less filtered and shows like “90210”, “My So-Called Life”, and “Dawson’s Creek” fed a darker side of teen-related programming that addressed sexuality in a way that had massive influence on fashion. No longer seen as a risk-free tango for two and, yet, breathing freely post AIDS scare, sexual identity and empowerment began to really take off. The waistline began to lower, the midriff saw the light of day, and clothes tightened up considerably. A great snapshot of this is the band TLC. One member Lisa “left-eye” Lopes wore a condom over her left eye to promote safe sex. 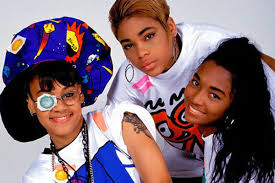 Knowing only this (because it’s the 90’s still, remember?) , what can we predict here? Well, I predict we see the sexuality of the 90’s continue on to new levels. In the new millennium, I’m betting that showing a little more leg will be less taboo and women, in particular, will keep things pushed and pulled and skin-tight to celebrate their sexual empowerment.

In the late nineties, pop music was experiencing a resurgence of expression. Taking cues from the punky songstresses of the eighties (think Madonna, Janet Jackson, and Paula Abdul), the stars were no longer just showing up and looking good, they were showing up and making a statement. My favorite study in this trend are the Spice Girls. They took the globe by storm with their unapologetic identities, each one having a identity-cueing name and manufactured, yet-authentic-enough-to-digest personality. Below (from right to left) Sporty Spice, Posh Spice, Baby Spice, Ginger Spice, and Scary Spice were five women who didn’t adhere to their singing group/band identity, but rather to their individual identities. This brain-child of Simon Cowell was able to celebrate their differences and therefore allow their followers and fans to connect with their quirks.

The Spice Girls may have been spreading their signature “Girl Power”, but the nineties was a time for the “woman”. Women were needing to find their identities more-so than ever before, because they were taking on more than ever before. More women were balancing families and jobs, finding themselves in the boardroom, and making strides in a man’s world. Pop stars were getting identities, working moms needed identities, and everyone was seeing the advantages of being unique

Knowing what I know here in the 1990’s, what would I predict for the next millennium? Since standing out is becoming more effective for success, I predict that the 2000’s will be a woman dominated world. More groups like the Spice Girls will show up and show off their uniqueness. In the 2000’s, to be on the bandwagon, is to be off the bandwagon.

So while I was watching Spice World in theaters here in the 1990s, I came across the scene where the Spice Girls star in their own movie about being crime-fighting, futuristic hotties! That MUST be what the future looks like!! Silver structured outfits will probably be necessary to protect ourselves from all of the Y2K havoc. 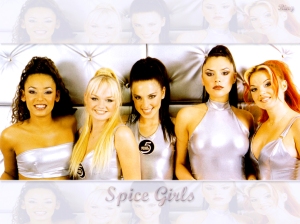 Fun fact: Clearlyinfluenced by the upcoming change in numbers they’d write in their checkbooks, some Chicagoans invented a dance called “the Milly.” Basically it was a macarena-type dance we could all do at our spaceship  weddings. 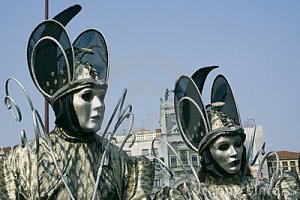 Oh! We can’t forget about….

Native of the Pacific North West, this was another music-related trend. With Kurt Cobain in the walkman and  flannel tied at the waist, it didn’t get more unsexy than this. The 1990s has been said to be the anti-fashion decade and this trend embraced going against the grain. Plus, who didn’t want to wear those comfy Birkenstocks? 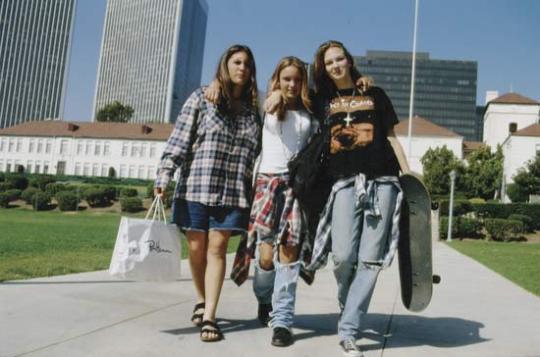 Who knew it would be so hot to dress like your dad doing yard work?

My predictions on this trend: Everyone will still be wearing the same outfit.

Okay just kidding, but if this is still the 1990s, then I think it is fair to say I don’t see this trend lasting forever. Except for your dad.

Well, I think we’ve seen as much as we’re going to see of the nineties for today. Back in the time machine!

Thanks for getting your daily dose of fashion knowledge in! If you could travel in my time machine, what would you bring back from the 90s?