Guys, this social media thing is driving me crazy. As some of you know, it was part of my new years resolution to become more literate in social media, and I slated 2013 to be the year where I embrace the privilege of mass communication. After all, it’s already dominating the way the world works. E-communication has broken the legs of business and then handed it crutches. It’s where the money is, but what’s of more interest to me, is that it is where our culture is!

I’m perplexed by social media because it’s such a magnitudinal influence on what I would consider as “my” culture, yet I know so little about it. I’m embarrassed of my American stereo-typicalness, for the first things I think of when evaluating the word “culture” are Moroccan food, ballet, and plane tickets. And how I want some…badly! I reflexively deem travel to be the easiest means of cultural experience, such as if I’m somewhere new I like to eat the local fare, talk to local people, and transport as the locals do. It can involve eating funky mystery meats or getting scoffs for snapping photos from passers-by, but it’s all worth it as I feel washed with humility and elation as the world becomes more interesting; more filled with potential. The shows and sights and sounds of different dialects have  clouded my perception as to what culture is by definition: 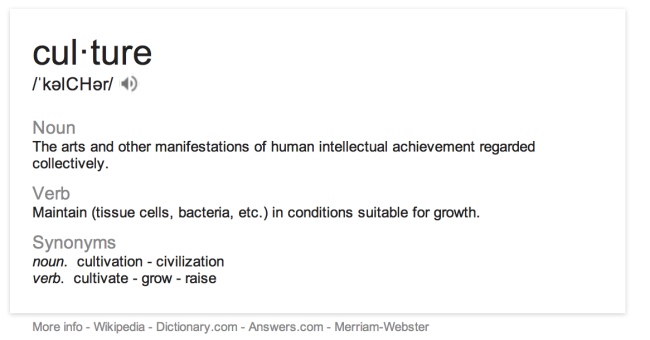 The largest collective of human intellect? The internet.

Having come to this conclusion, it’s time I live consciously in the culture, or should I say “e-culture” of which I’m already a part. This means recognizing the resources of inspiration, connectivity, and self-expression that are out there and becoming part of them myself. This also means coming to understand what parts of this culture aren’t worth my time and efforts. I want to be able to establish identity for myself and support the identity establishing of others. We all have voices and ideas, and this is friggin’ exciting! 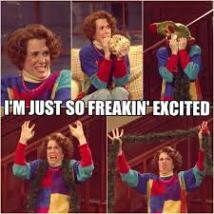 While enthused about new perspective, I’ve historically been plagued with apathy as I don’t respond to snapchats, can take days or weeks to reply to Facebook comments, and only update Twitter because it’s linked to my WordPress account. Truth is, I’m torn when it comes to social media. I want to jump in with both feet, but I’ve grown up with a corn-fed moral code and I see a conflict there. I don’t want to be seen as one who boasts, who is ungrateful, or who is stricken with vanity. With the internet as a sea of self-promotion, I ask myself: how can someone truly reflect their values and still find ways to stand out in the cyberworld of today?

As I try and develop a plan for myself to further explore social media and e-culture, I feel that the only way I can move forward with an unweighted conscious is by exercising my online voice honestly. This involves taking a long look at what my goals are and why I want to achieve them, because there is no doubt in my mind that social media will be instrumental in the way my future unfolds. Here I am, a former “beauty queen”, hobbyist model/actress, who says she wants a career in fashion and, yet, I claim to dismiss ownership of the internet plagues: vanity, boastfulness, and self-promotion?

I’ve got to be kidding me.

But I know that’s not who I am, and quite frankly, I’m reliant on honesty to execute my e-dentity the way that paves my future for successes thats are rewarding beyond the superficial. If I want to take part in the visual world of fashion and art around me, and do this in the culture of 2013, I’m going to have to it in a way that is shameless. 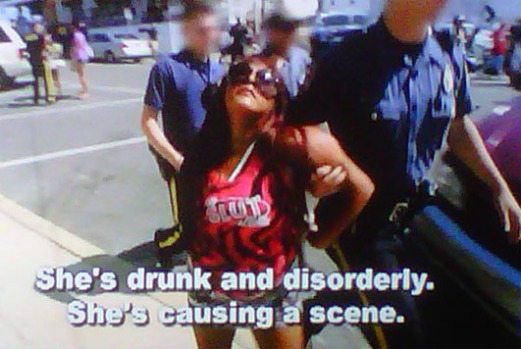 Okay so not shameless like Snooki… but shameless in the sense of the word that I’m going to work really hard. Part of working really hard means showing the dedication of time, effort, and energy put forth towards a passion.

Success comes from knowing one’s strengths, and I know I’ll have no control over the perceptions of others as I litter their news feeds. (and hopefully yours ;)) I have to know within myself that I’m not vain or boastful. I’m just friggin’ excited! I’m finally old enough to wear big-girl clothes and put on lipstick and go out there and make my mark. I’ve found out that I can be a woman of influence with a voice simply because I, like everyone else, am part of the human population. Aside from that, enthusiasm and vital signs are really all you need to get started. I’m going to tweet like a ticklish bird! I’m going to update my Facebook like a preteen who drank too much Mountain Dew! I’m going to Instagram with the fortitude of a US weekly paparazzi! Because this, my friends, is culture. It’s not as tasty as Moroccan food, but it’s just as relevant to our lives. We are so lucky to be able to record the crazy ride that is life in a way that is more thorough and raw than ever before.

Which are likely in cyber-heels.

Thanks for reading my diary. Happy almost-Tuesday.