Ptown is flashing it’s peacock feathers this week for Portland Mercury‘s Fashion Week (Monday 13- Thurs-16) and enjoyed the pre-party that was the Fashion Forward Show from Portland Sewing on Saturday (the 11th).  It’s extra fun to people watch on these occasions because all the fashion-minded are out to see and be seen. It’s harder to come by such phenomenon in Portlandia, and I’m thrilled to find my kindred souls are out to frolic all in the same venue! Blue hair, red hair, pink hair, top hats, high heels, and funky fashion statements are not out of the ordinary.  The words “I’m a fashion blogger” are overheard countless times as one walks through the crowd, as well as names being called from the recognition of unexpected familiar faces. Of course there’s nothing unexpected about recognizing anyone at these events. It’s a small fashion world here in PDX I’m discovering. So far it’s been a fun start.

Saturday I went to the Fashion Forward Show, and was there as not only a surveyor, but also as a reporter. It felt awesome, and partially like I had a secret. My secret was that I was nervous and had to pretend like I knew what the eff I was doing. Last time I wrote any articles I was fifteen and writing for my high school newspaper, and it was anything but glamorous. The track coach really didn’t want to be interviewed about last week’s meet, and nobody gave a damn about the reconfiguring of the parking lot. I called it quits pretty quick and figured reporting just wasn’t for me. Well,t’s been 7 years and I’m realizing that I’ve got quite a bit more to say than I did when I was 15 (go figure), and since I’m still knee-deep in my undergrad, I applied and was hired as an Arts & Cultures writer for my college newspaper. That means I get to establish my own voice as a fashion writer and will even get some lunch money for exploring and relating fashion to my student counterparts. I’m ecstatic. So much of the fashion world is marketed towards the 18-24 year old age group, that I think it is a great opportunity to learn how to realistically relate the fashion world to that demographic. In addition, I’ll be getting to  create material that establishes my voice as a writer and I’ll be gleefully forced into expanding my horizons as someone with an eye for style!

Back to the show

It was located in a contemporary-looking studio just blocks from Portland Sewing. The designers showcased a handful of outfits each, and I had a ball trying to take decent pics for the paper and also ogling at the handiwork of the artists. The artists ranged from funky to sleek and all of the designs felt very Portland-friendly. I caught up with a couple of the designers post-show and snagged some interviews. You’ll have to check back when I post the article! I can’t give it all away, silly! Haha. Overall, it was an exciting introduction to what the world of Portland fashion looks like, but, rather was a look at what the Portland fashion world could look like. The majority of these designers were new up-and-comers surrounded by supportive friends and family.

Take a peek at some of the pics I snagged! 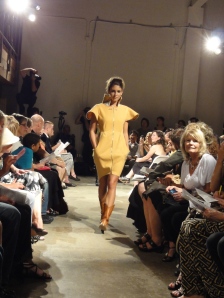 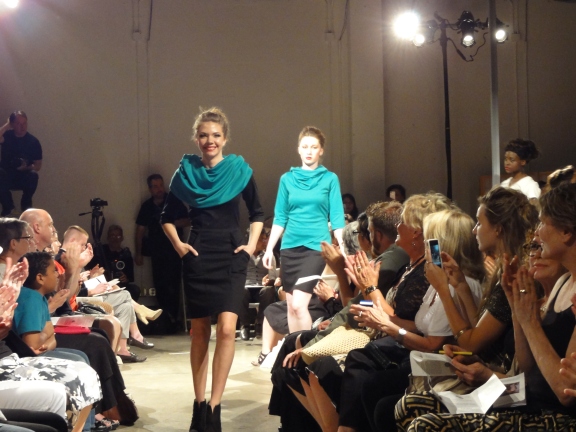 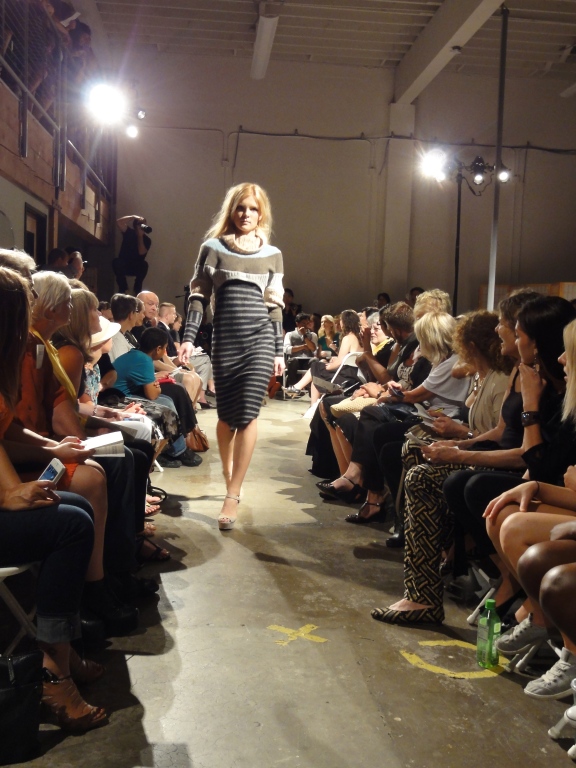 Conveniently, this week is also a big week for Portland Fashion, and to really get a look at what’s going on with PDX style, you best be blocking out your iCal from 6-8 for the next couple nights. The Portland Mercury, an alternative local newspaper centered around culture and hilarity, is hosting its 9th annual Portland Fashion Week. This is a 4 night event taking place at hot-spot bars around town and showcases some of Portland’s most iconic names. With half of my friends out of town, and the other half busy on a Monday night (go figure) I decided to fly solo and be a silent pair of eyes on this lovely evening at the first event  at the White Owl Social Club. I wasn’t flying solo for long, though, and quickly saw a familiar faces from my talent agency, the Fashion Forward show, and Portland Sewing! Turns out being a fly on the wall with bright red hair is pretty hard, and I must have looked lost because I was quickly invited to sit with two really cool former midwesterners (like me!) What’s crazier- is that one actually knew my sister from high school half a country away! I’m always down to rock it as a party of one, but it was awesome to meet some like-minded people willing to start up some fun conversation.

The designers from tonight’s show are iconic of PDX and included Holly Stalder, Liza Rietz, Emily Ryan. I was dazzled by the clearly skilled and professional quality of the garments, intricacy of the shapes and fabrics, and of the individual flair that each lady added to her collection. Two thumbs down for my iPhone memory needing some emergency deletion as the first outfits waltzed down the rope-lighted runway. And lyk #omg so glad I got in an instagram of the last look (it was featured in the Mercury) the instagods do exist! 😉

Here are a few pics of some of my favorites!  Apologies that the iPhone did them no justice, but I hope that you can get a good idea of what is going on. The structure, accessories, and presentation were all better experienced in person. You’ll just have to come with me tomorrow and see! 🙂 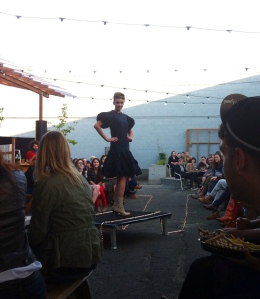 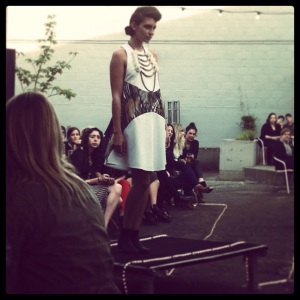 Check out the promo pic: 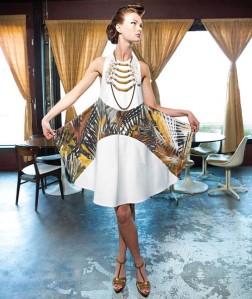 This has been a really fun few days of seeing fashion coming to life. Also, it’s a great reminder that Portland is a phenomenal place to be. As one of my new friends said as she was waiting on her sliders:

“Where else can you go to a fashion show and order a cheeseburger?”

I don’t know, but I’m guessing unicorns are there. If not, I’m just fine right here.

Tomorrow morning I’ll be one step closer to making my own creations come to life in my dresses class. I’ll make sure to do a progress report, and if you want more updates I’d love to keep you in the loop!